You are here:
PR Tips 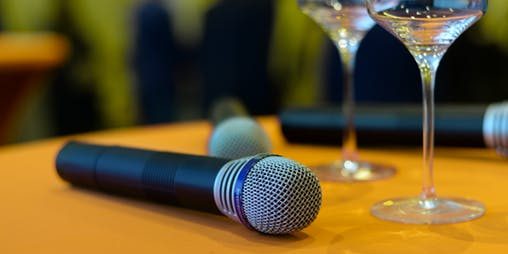 Public announcements are the cornerstone of public relations and a great way to create buzz about new developments in your organization. Every public announcement is a media announcement in the 21st century thanks to the connective power of the Internet. The access to different media outlets is stronger and more accessible than ever.

How to Make a Public Media Announcement

You have a big announcement to make, but who is it for? And why should they give it their time and undivided attention? These are some of the questions to consider before even drafting the announcement with an outstanding speech.

The starting point of any marketing campaign is to know your audience. Consider your audience along with their needs, preferences, and turn-offs. You want your audience to rally around your message whether it’s the announcement of a new product or new partnership.

The biggest consideration when developing a plan for an announcement is to look at the intended audience and combine it with the goal of your announcement. Any business development warranting a public announcement is worthy of time and attention, so highlight its importance to your business and your audience.

Be creative, have fun, and make it an event promotion press release

Post a short social media press release to hype up the announcement and get the audience excited about the event. Include relevant facts and figures to your audience can use and remember to emphasize the value of the content in your announcement. Make sure your marketing team, from advertising and social media to public relations, works as a cohesive unit and working towards the same goal.

Remember: A post event press release to thank your audience for participating in your announcement goes a long way. It shows the audience you care and keeps the announcement on their minds.

Example of a media announcement by PR Plus

We’re proud of a recent public announcement about the partnership between Carlos Santana, Habitats for Humanity, and other local artists in Las Vegas in September 2017. Santana celebrated his fifth anniversary at the House of Blues by unveiling specially designed park benches.

The announcement went beyond announcing the new partnership and centered around a visual of unveiling an art-piece. They needed a location, so they worked with the HOB team and built a riser and set up a setting area. They also set up seating in front of the House of Blues box office and the Mandalay Bay casino floor. In this case, the goal was to gain media coverage and to get the community to participate in the unveiling of the art piece.

Make a Splash with PR Plus

With nearly thirty years of experience, PR Plus has worked on countless, high-profile public media announcements. We provide creativity and expertise to make sure your public relations efforts are successful. Learn more about our speech writing services to start your public announcement.

The Ultimate Guide on How to Use Influencer Marketing the Right Way
April 10, 2019

Revolutionize Your Business with These Unique Restaurant Promotion Ideas
March 10, 2019

Powerful Strategies to Promote Your Next Event
November 15, 2018
Go to Top