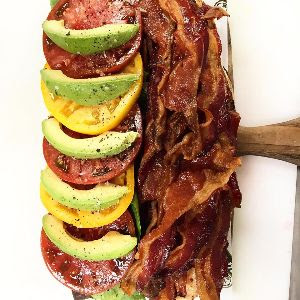 Famed Chef Sam “Sammy D” DeMarco Lands at Downtown’s 7th & Carson for a Not-So-Secret-Secret Pop-Up Brunch Sept. 15
From The Strip to the television to Amsterdam and back, the chef who taught Vegas how to brunch hosts a one-day affair

WHAT:
Brunch goers will be greeted with a welcome cocktail and passed bites on the patio upon arrival before sitting in a communal setting. A leader in modern and casual American cuisine, Sammy D will be keepin’ things hot in the kitchen as he prepares a kickass multi-course menu with the delicious and imaginative dishes that has kept Sammy, known as the chefs’ chef, on the culinary map. No brunch with the D is complete without bottomless bloody marys and mimosas with a live DJ spinning throughout the afternoon.

Tickets for Sammy D’s Not-So-Secret-Secret-Brunch are $55 plus tax (includes gratuity) and can be purchased at 7th.Eventbrite.com. Reservations are highly recommended as seating is limited. Guests must be 21 and over with valid ID.

WHEN:
Sunday, Sept. 15
Check in starts at noon with passed bites and a specialty cocktail upon arrival
Brunch starts at 1 p.m.

About Chef Sam “Sammy D” DeMarco:
Working in restaurants since the age of 15, Chef Sam “Sammy D” DeMarco was part of the pioneer culinary school class at New York Institute of Technology in Long Island, N.Y. Sammy honed his skills as he moved through the ranks of innumerable NYC restaurant kitchens under prestigious and trendsetting chefs such as David Burke, Gray Kunz, Jean-Michel Diot, and Michelle Fitoussi among many others.

At the young age of 29, Sammy opened FIRST in 1994– aptly named not only because it was his first big venture but also having been located on 1st Avenue in New York City’s bustling East Village. Sammy became well-known as the “Chef to the Chefs” in the late ’90s at FIRST, a tradition that continued when the Chef reinvented FIRST in 2008 for FIRST Food & Bar in Las Vegas’s Palazzo Hotel. Prior to FIRST Food & Bar, Sammy launched Sam’s at Bellagio in partnership with Steve Wynn where he brought a new way to brunch to Las Vegas. He continued to cause some culinary waves with the opening of Rattlecan, a debaucherously fun burger-centric restaurant designed with the help of HGTV design star Antonio Ballatore. In 2014, Sammy starred alongside Hollywood Director Frank Coraci (The Wedding Singer, The Waterboy, Blended), in “Chow Masters” on the Travel Channel. The show played on Sammy’s love of travel and found the chef and director traveling across the U.S. to judge some of America’s off-the-map locations for some unique twists on those city favorites. With an urge to travel, Chef headed overseas with successful projects in Australia and Amsterdam before returning to Las Vegas, a city that has always held a special place in the chef’s heart.