MGMT to Perform at The Pearl at Palms Casino Resort Nov. 21

MGMT to Perform at
The Pearl at Palms Casino Resort 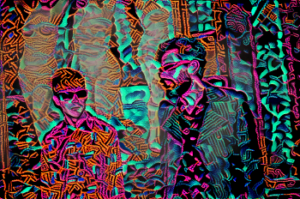 Tickets for MGMT are $34.95, $39.95, $44.95, $59.95 and $79.95, plus applicable fees and go on sale Friday, Sept. 27 at 10 a.m. Doors open at 7 p.m. and guests under 21 must be accompanied by an adult. Tickets can be purchased at the Pearl Concert Theater box office, any Station Casinos Rewards Center or online at Ticketmaster.com. For more information, please visit www.stationcasinoslive.com or www.palms.com. For exclusive ticket pre-sale information connect with Palms Casino Resort and the Pearl on Twitter @Palms and @PearlatPalms, Instagram @Palms and Facebook.

MGMT was formed by Ben Goldwasser and Andrew VanWyngarden in 2001 while at Wesleyan University. Since their first release, the EP Time To Pretend in 2005, MGMT have released four critically acclaimed albums: Oracular Spectacular (2008), Congratulations (2010), MGMT (2013), and Little Dark Age (2018).

The GRAMMY-nominated group released their debut album, Oracular Spectacular, in 2007 – the album spawned the commercially successful single “Electric Feel,” as well as the single “Kids” which garnered the band a GRAMMY nomination for Best Pop Performance by a Duo or Group with Vocals. That same year the band was also GRAMMY-nominated as Best New Artist. Oracular Spectacular was named album of the year by NME and was one of Rolling Stone’s top 20 albums of the decade, while selling more than 2 million copies worldwide.

In 2011, MGMT performed an original piece of music at the Guggenheim Museum in New York City to accompany a retrospective of the artist Maurizio Catalan and in 2012 they performed with the legendary Joshua Light Show at NYU’s Skirball Center.

Over the years, the band has found success with both with fans and critics alike, releasing Congratulations in 2010 which debuted at No. 2 on the Billboard charts, followed by a self-titled release in 2013. In 2018, MGMT released the ’80s pop-inspired Little Dark Age and toured globally throughout North and South America, Europe, Australia and Japan. Highlights included the Firefly, Mad Cool, Splendour In The Grass, Fuji Rock and Corona Capital festivals and television performances on The Late Show with Stephen Colbert and the outdoor stage at Jimmy Kimmel Live.